Triple Doubles. A testament to all-aroundness in basketball. One has to be pretty damn versatile to achieve them. It’s not enough to score – almost anyone can score. Rebounds are a bit more difficult, but even guards can manage to collect 10+ of them in a game. Assists are always the most difficult issue – there are always fewer assists than rebounds. For example, the highest all-time assists average over the course of a whole season? 14.54. And this number is not even in the top-100 all-time best rebounding seasons. However, if you have the assists – you can more easily get the rebounds, than the other way around. This is why guards were always more dominant in the triple-doubles department – they usually have the assists. Sure, there are also triple doubles with blocks (rare) and steals (extremely rare), but the points-rebounds-assists combo is the most popular one, by far.

Personally, I was always fascinated by triple doubles, partly due to the difficulty of obtaining one. I remember Allen Iverson finally getting his first (and actually last) triple double in his 6th year, and being really excited about this. And triple-doubles also exhibit the kind of statistical excellence that I was drawn to.

Anyway, I’ve got a couple of triple-doubles stories to share. Let’s start.

Now, that’s  a record I think will be very difficult to break. Kidd was not only a triple-double machine, he also enjoyed great longetivity in the league. Not many players can play 17 seasons in the NBA, let alone being able to record at least one triple double in each and every one of them.

Several years ago there was one player who I thought might break it. But sadly, he couldn’t live up to the task, even though he tried. His name – LeBron James.

LeBron was and is a highly versatile player – there is no doubt about that. I have another post in mind, about all-aroundness in the NBA, that will show exactly how extremely versatile LeBron is, compared to both present day players and to great players of the past. Unlike Kidd, LeBron didn’t register a triple-double in his rookie year – 2003-04 (one time he was only 1 assist short…), but he did register 4 triple doubles in the next season and continued to pile them up. Ever since Jason Kidd started slowing down, LeBron established himself as THE triple-double machine in the league. He registered at least one triple double in 7 consecutive seasons, and I was sure that he will continue like this. He entered the league at a very young age, and thus playing 19 years in the NBA didn’t seem like an impossible thing. And registering at least one triple double in each season? Extremely difficult, but definitely doable. Remember, this is LeBron we’re talking about, not some player whose name I won’t mention here explicitly, but I’ll hint that it rhymes with Ebby Purry.

But then came the 2011-12 season. And lo and behold, the mighty LeBron couldn’t record even one triple double over the course of the whole season! True, this was the shortened lockout season and LeBron played in only 62 games, but still – this is not what we expected… And so, despite registering triple doubles in the 2012-13 and 2013-14 seasons, LeBron’s streak ended on 7 consecutive seasons with 1+ triple double. He won’t be the one to challenge Kidd’s record. A real bummer…

2) This leads us to the player who is currently the only one whom I can imagine having a go at Kidd’s record – Rajon Rondo. Having already registered three triple doubles this season, Rondo, despite being injured pretty much all the time, already has 7 consecutive seasons with 1+ triple double, exactly like LeBron’s best streak. I really like Rajon, and he IS a walking triple double threat, but his proneness to injuries causes me worries. He’s 28 years old already. To break Kidd’s record he has to play 11 more seasons, meaning he will be 39 by that time. With his dubious medical history, I simply can’t see it happening. However, 12-13 consecutive seasons with 1+ triple-double will also be a great achievement.

And speaking of Rondo, despite my love for him, which started during the 2007-08 playoffs, he can sometimes make me wanna break my PC monitor when I look at his stats sheets. The guy simply doesn’t seem to care for scoring! I can live with that, because he’s an awesome and unique PG and boy look at him play and damn the kid can pass, but I think that at 28 years of age he is already the player who missed the highest amount of triple-doubles in the history of the NBA because of not having enough points. 6 times over the course of his career he recorded 10+ rebounds and 10+ assists, but 9 points or less, including one time this season already, when he sunk to an all-time low – 12 rebounds, 19 assists, and 2 points!!! If I was having a “WTF Stat Line of the Week” feature (and thanks Bill Simmons for the suggestion), this would definitely be in it. 6 times!!! He might have had 6 more triple doubles if he could just put the ball in the basket! The easiest stat in a triple double, and Rondo can’t seem to handle it… Christ!

But despite that, after Kidd retired and relinquished his title of “Mr. Triple Double”, Rondo is the only player other than LeBron who has the right to claim it for himself. LeBron has more triple doubles over the course of his career, but he also played way more games. In fact, LeBron has 37 regular season triple doubles, which give him an average of one every 23.30 games. Rondo, on the other hand, has 22 regular season triple doubles, and an average of one every 23.82 games. It’s mighty close! I don’t think there’s an active player who’s even close to those numbers…I say – let them share the title. A rotation on a weekly basis.

3) Our third and last triple-double story has to do with Jason Kidd. Yes, we just completed a full circle. What a coincidence! Specifically, I would like to talk about Kidd’s amazing 2007-08 campaign, which could have been ever more amazing. In fact, this was the most amazing all-around season that we didn’t get to see through the end.

The season before that, 2006-07, was simply stellar for Kidd. He averaged all 8’s for the first time in his career – 13 ppg, 8.2 rpg, 9.2 apg, and in fact, this was the first all 8’s season time since Darrell Walker did it in 1989-90. Kidd amassed 12 triple-doubles during that season, an all-time high for him up till that point, and no one, not even LeBron, was even near him when things came to all-aroundness. But then, he outdid himself, and at age 34 he continued this trend during the following season, 2007-08. In fact, he did the unbelievable – he even got better in terms of all-aroundness. That is, until he was traded to Dallas in February…

But we’re still in October 2007, aren’t we? Why, yes we are, thanks for asking, my good sir. In the third game of the season, Kidd recorded his first triple-double for the season. Then, a few games after that – another one followed. And then another one. And another. He peaked in early January, recording triple-doubles in three consecutive games. All in all, in the 51 games he played for New Jersey that season, he recorded no less than 12 triple doubles! That’s an average of one every 4.25 games!!! Wow! At that time, his seasonal averages stood at 11.3 ppg, 8.1 rpg, 10.4 apg. A double-double average AND an all 8’s season?! 12 triple-doubles in 51 games?! Are you shitting me?! No, I am not shitting you (all rights reserved to Arnold Schwarzenegger in Terminator 3). But then, he was traded to Dallas, and everything got ruined.

It’s not that he was bad in Dallas. He was good. But simply not as good as he was in New Jersey. In the 29 games he played for Dallas in that 2007-08 season, he averaged 9.9 ppg, 6.5 rpg, 9.5 apg. Those stats ruined for him his second all 8’s season (he did finish with an all 7’s season), but more importantly – he registered only one triple double until the end of the season… Thus, he established a new PB with 13 triple doubles in a season, but we were left with a feeling that it could have and should have been so much more…

Now, I always thought New-Jersey was THE place for Kidd. He led them to two NBA Finals appearances, was a legend in the club, and he had his best stats there. True, he won a title in Dallas, and thus probably broke the tie with Steve Nash for the greatest PG of their era title, but still… Sometimes there are right clubs for players and that’s it. It’s like Michael Owen should have never left Liverpool. The analogy is a pretty bad one, but I’m speaking purely in terms of statistical production – It’s a fact that both Kidd’s and Owen’s best stats came when they were in New Jersey and Livepool.

Why couldn’t have Kidd stay in New Jersey until the end of the 2007-08 season?! Didn’t everyone around him realize what historical achievements were at stake?! Imagine what might have been! Could he have ended that season with close to 20 triple doubles? Could that season be the second all 8’s season of his career, thus granting Kidd a ticket to Oscar Robertson‘s and Magic Johnson‘s ultra-exclusive club of the only players in NBA history who have more than one such season in their resume? We will never know… The greatest All-around season of the last 20 years was taken away from us… 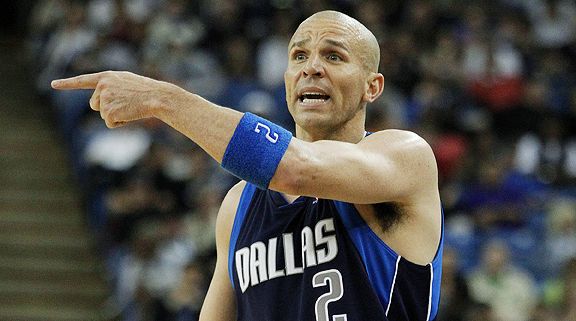 Please, this is a mistake! I need to be there, in New Jersey, collecting more triple doubles!