Yes, it’s been too long since my last post. The thing is that I’ve been busy with a talk I had to give at the seminar for PhD students at TAU, and since I have a tendency to really put myself into every work I do at the univesity it really took a lot of me and of my resources. The talk was about my research and it was the first time I presented it (I really hate doing it and this is why I always go to conferences as a listener only – I never presented a poster or gave a talk). END_OF_DOCUMENT_TOKEN_TO_BE_REPLACED

Yep, this is one of those posts dedicated to the great Steve Nash‘s retirement. Like we don’t have enough of those already…

Nash used to be one of my favorite players. I first really got to know him in the 2002 playoffs when Dallas reached the Western conference semifinals (and lost to Sacramento 4-1). That team was great to watch. His tandem with Nowitzki was amazing, and all in all it seemed that Don Nelson‘s goal back then was to have representation on the team from as many counrties as possible. Ther was Dirk from Germany, Nash from Canada, Michael Finley from USA, the original Yao Ming –  Wang Zhizhi from China, Eduardo Najera from Mexico. Jesus, they were the Spurs before the Spurs were the Spurs. END_OF_DOCUMENT_TOKEN_TO_BE_REPLACED

Did you know that Tim Duncan published a scientific work while he was a student at Wake Forest University?

Yes yes, here it is: 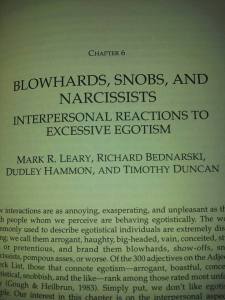 Did Timmy write this chapter with specific NBA players on his mind? I definitely can think of some to fit the title…

END_OF_DOCUMENT_TOKEN_TO_BE_REPLACED

A brief post, just some things I thought about in the last few days.

1) Ray Allen – what’s up, yo? Man, don’t you want to decide already whether you’re coming back or not? I’ll make it simple for you – you do need to come back! It doesn’t really matter which team you’ll play for this season, just play! The season is already 10 games deep (+/-), and you don’t have that many games left to make 100+ three point field goals! I mean, you do want to break the tie with Reggie Miller and singlehandedly hold the record for most consecutive seasons with 100+ made treys, right? You both have 15 of those, which is cool, but isn’t it much much cooler to be the ONLY guy who has 16 consecutive seasons? Just make up your mind, cuz there ain’t that much time left! You’ll need to score a little bit more than 1.4 treys per game if you come back now and play in every single game. Now, last year you scored 1.59 treys per game, so that’s definitely doable, but still – come back now, or you’ll regret it until the end of time! END_OF_DOCUMENT_TOKEN_TO_BE_REPLACED