Just like my girlfriend’s pregnancy, this post was not planned, but you know what they say – every good trilogy must have a fourth chapter. Or, well, A chapter. I simply had another influx of random thoughts about the Euro tournament, and hey, why should I be the only one to suffer from them?

Panini stickers are always a win, yo.

Anyway, if I was told to bet on any single goalkeeper who can make my wish come true and that I would get to see him score in a situation like this – I would have bet on Manuel Neuer. He’s the most logical choice! I mean, he already plays as a sweeper, he takes active part in his team’s play, he has some great foot-work and I bet he has good kicks as well. I was hoping to see such an opportunity come to play in the semi-final, but alas – it was not meant to be. Neuer did sort-of joined the attack, but Germany didn’t have a corner kick in the last minutes. All in all, he didn’t score and I was disappointed once again. Thanks a lot, Manuel… 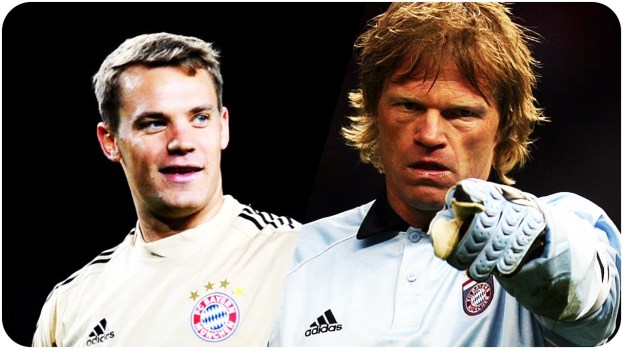 Neuer is definitely the most GERMAN goalkeeper since Oliver Kahn. I mean, all GK’s who play for Germany are Germans, but Neuer is GERMAN, right? Just like Kahn was.

Dear Paul Pogba, please don’t do this stupid dab thing. Kids see you and think it’s ok to do it.

Ok, now I’m just pushing it. Let’s stick to the first three similarities. I just hope the outcome will be different. I do know one thing though – in 2004 I was soooo sure Portugal would win. I really counted Greece out. However, I’m not repeating the same mistake again. France are the favorites and I’m supporting them hard, but let’s not write Portugal off.

What a great photo from Euro 2004. It was actually my favorite Cristiano Ronaldo tournament. He was really magical back then,

In fact, I don’t know why I keep making comparisons to Italy 90. The 1996 Euro was far worse, only 2.065 goals per match. If we want to avoid that we need to make sure that in the final there will be no less than (-2) goals. I hope it won’t happen, but we can never be sure. Let’s keep our fingers crossed.