Damn , they already started to play some games in the NBA. I apologize, I planned to do this earlier but for the past 3 days I was attending this cognitive sciences conference and on each day I got home late and also really tired (I would say that I was tired as fuck, but I don’t want any swearing in this post). Anyway, let’s review the various statistical categories of the All-Star game and see what changes they underwent, and who among the active players has a chance of influencing them in the future.

There are too many players who played in 13 games, so we’ll have to settle with the top 4. And yes, I know Kobe was selected to 18 All-Star games, but I’m talking here purely about games played. And Kobe, with his 15th appearance, tied Timmy for 2nd place all-time. As for the future possible changes, the top 4 will remain the same for a few years now. The next active player on the list is LeBron, who appeared in 12 All-Star games (how is LeBron suddenly a member of the old guard?! WTF time, get your shit together!), which means that in 2018 he will equal Garnett’s total and enter the top 5.

Kobe, who was tied for the second spot with Wilt, logged 26 minutes and now owns the 2nd place all by himself, don’t want to be, all by himself… However, he never stood a chance of catching Kareem, after declaring this season to be his last. Surprisingly, LeBron didn’t play that many minutes – only 20, but he still climbed to 7th place, with 362 minutes. Next year he will surely enter the top 5 and perhaps even land a spot in the top 3. Other than LeBron there is no active player with more than 300 minutes (Well, Timmy has 310 but he’s not All-Star active, you know what I mean?).

Wow, a tie! LeBron was second before this year’s game, but he scored 6 field goals to Kobe’s 4, thus making them share the top spot for at least a year (it must be hard for Kobe to share something! ba-dum-tss). Next year LeBron should own the number one spot. Fucking OWN it! The next active player here is Dwyane Wade, who shares the 8th place with Bob Pettit (81 FGM). He can enter the top 5 next year. But pay close attention to Kevin Durant – at the age of 27 The Durantula (this is such an awesome nickname, how come people don’t use it more often?) already made 71 field goals, and is currently ranked 15th. He should enter the top 10 next year and the top 5 in 2018.

Well, this is getting a bit monotonous, isn’t it? All those same names over and over again? What?! What the fuck are you talking about? Stats are never boring. Shut the fuck up. With Kobe’s 11 attempted field goals in this year’s game he overtook Michael for the top spot. LeBron attempted 13 field goals and came very close to overtaking Michael too. And yet he will have to wait for another year before clinching the top spot. The next active player here is Carmelo Anthony, who attempted 142 field goals in his All-Star career, and is ranked 12th all-time. Surprisingly enough, the next player is not Wade, who due to his crazy FG% in the All-Star games (64%!) did not attempt THAT many field goals as one might expected from the amount of field goals he made. If we’re not counting KG, the next in line after Carmelo is Durant, who attempted 137 field goals (Wade – only 127!).

The most active top 5. LeBron maintained his lead, but he only made one trey in 2016, perhaps a testament to the decline in his long-range shooting ability? Kobe also made one three and equaled Ray Allen’s second place total before he retires. James Harden is the new beard in the top 5, after scoring 7 treys and climbing a zillion spots. We should expect a fierce competition for the top spot starting from next year. I expect LeBron to be able to stay in the lead for only one more year at the most. Harden, Durant, Paul George (who scored an All-Star record of 9 threes and now lies in 8th place with 13), Russ (13) and Steph (finally a decent shooting display! 6 treys for a total of 11. I guess he left the crappy shooting stuff to Klay, who shot 3-for-10) all fighting to dethrone His Kingness.

The top 5 remained the same, and in the same order too, with the fellas only piling up attempts. LeBron’s lead here is huge, and he will be the leader after next year’s game as well, and perhaps even after the 2018 game too. Pay special attention to James Harden, who attempted 12 treys this year and is now lying at 6th place overall with 38 attempts. Westbrook attempted 17 (!) and he now has 34 for his career, but PG13 outdid them all, with his All-Star-record 19 attempts, which brought his total to 30 after only 3 games. Another game like this one and he’ll land right in the top 5. 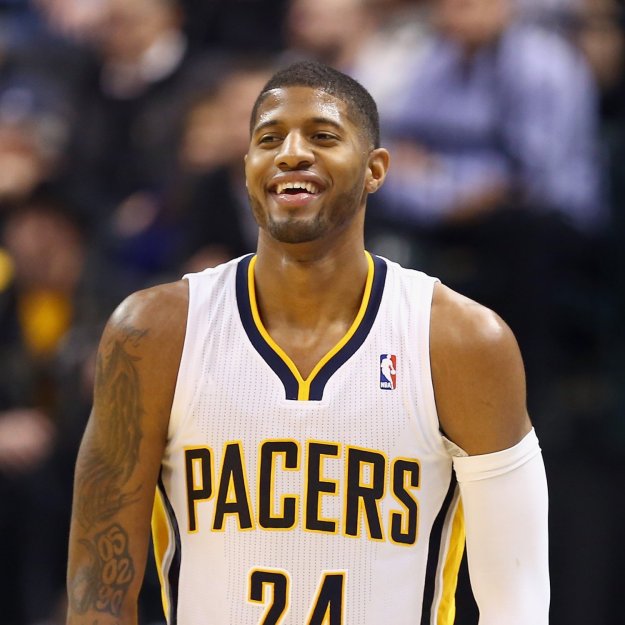 19 three point attempts in a single All-Star game? Did I do that? (Imagine Steve Urkell’s voice…)

Mirror mirror on the wall, who’s the boringest category of them all? No change in the top 5 will be made here until some changes will be made in the All-Star game. Kobe, the active leader, is retiring with 30 made free throws, good enough for only the 16th place all-time… And that’s with the one free throw he made in this year’s game – the only one the West attempted made in the game. Read that last sentence one more time. The next active player? LeBron, 25 made free throws, 27th place all-time.

Ok, I was wrong earlier, THIS is the boringest category of them all. Kobe did attempt two free throws in the 2016 game and climbed to 20th place with 38 attempts, but LeBron, the next active player, did not attempt any at all, and so he still shares the 26th spot with Bill Russell and Elvin Hayes – they all attempted 34 free throws. A mere 7 free throws in total were attempted in this year’s game, by only 2 players – Kobe and Pau Gasol. With the way things are going, no grass will grow here for a long, long time…

Now, I was expecting to put all the statistical categories in one post, but I guess the amount of tables and numbers here is too damn high. So we’ll save all the sexy categories for Part IIb, which I’ll try to write as soon as I can, perhaps even later today.